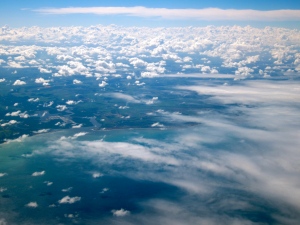 This is the first in a series of posts on our recent trip to the Brazilian Archipelago of Fernando de Noronha: leisure, research, adventure, photography.

Peaks of the Southern Atlantic submarine ridge form the Fernando de Noronha Archipelago off the coast of Brazil, representing a large proportion of the island surface of the South Atlantic and the rich waters are extremely important for the breeding and feeding of tuna, shark, turtle and marine mammals. The islands are home to the largest concentration of tropical seabirds in the Western Atlantic. Baia de Golfinhos has an exceptional population of resident dolphin. The Fernando de Noronha archipelago covers the majority of the main island and includes the majority of smaller offshore islands and islets. The islands are part of a large submarine mountain system of volcanic origin, which rises from the ocean floor some 4,000 m in depth. The Fernando de Noronha volcano is estimated to be between 1.8 million and 12.3 million years old. The coastline is complex, with a number of high cliffs and sandy beaches. The north-west facing shores are relatively calm, whereas the south-east shores face the predominant currents and winds and are largely rocky shores with significant wave action.

Arriving… flying along the coastline 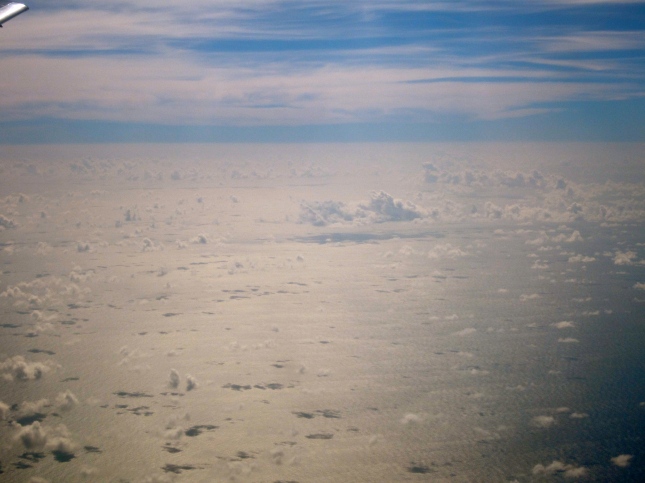 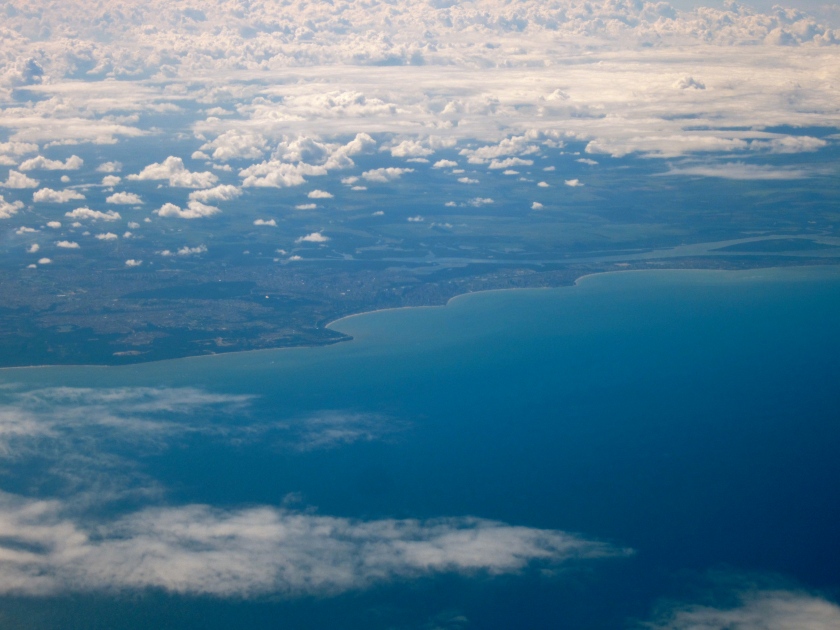 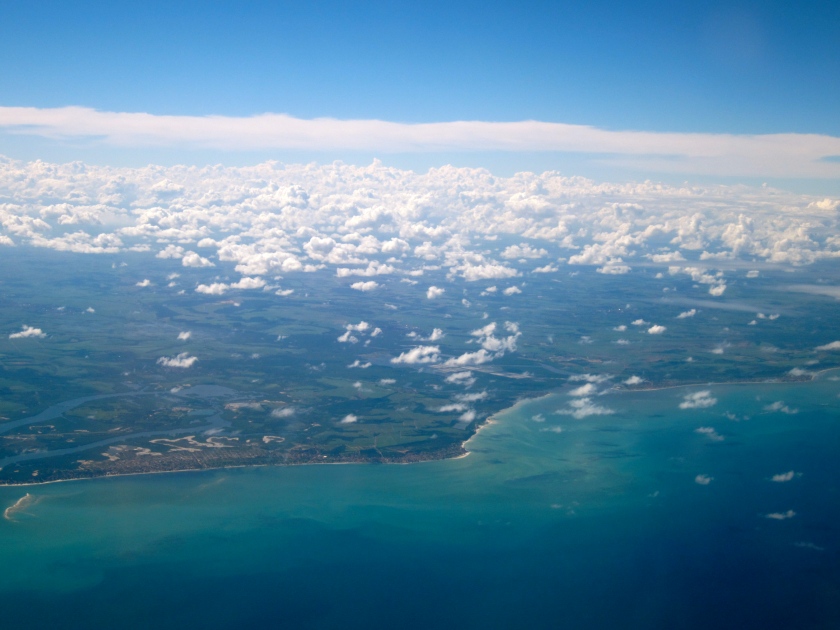 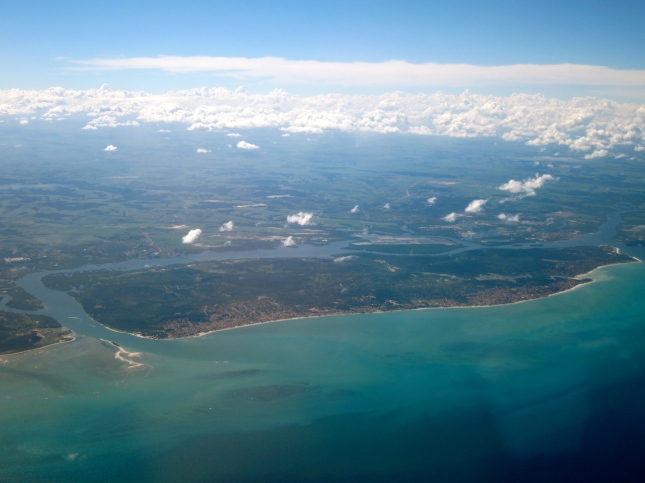 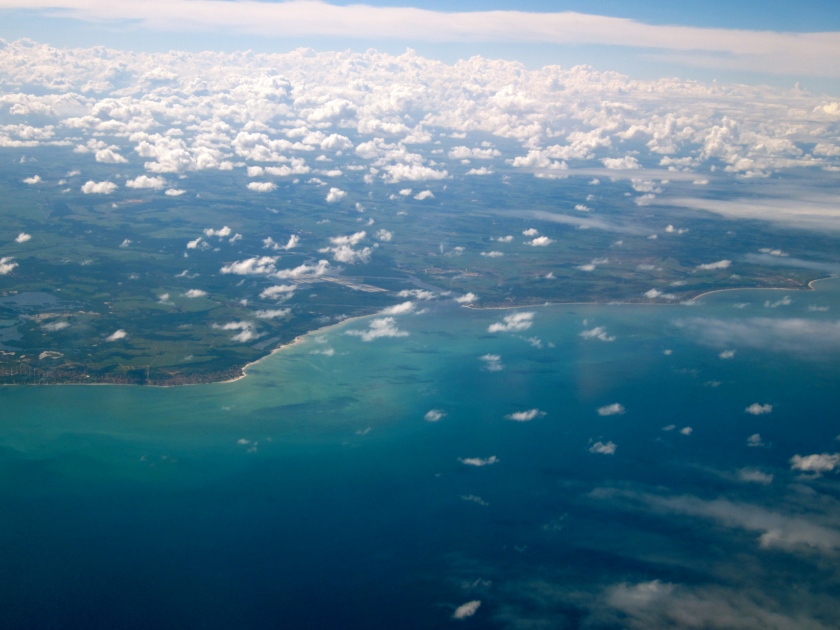 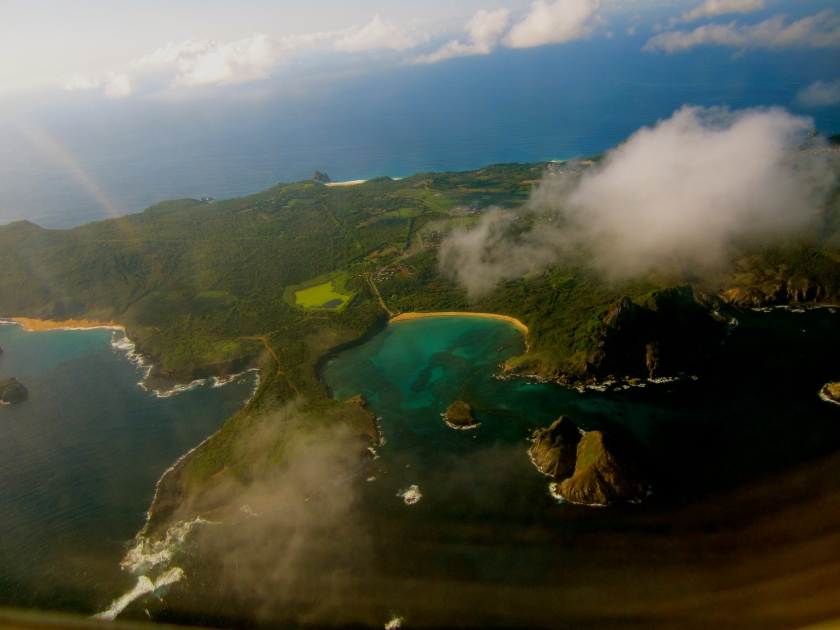 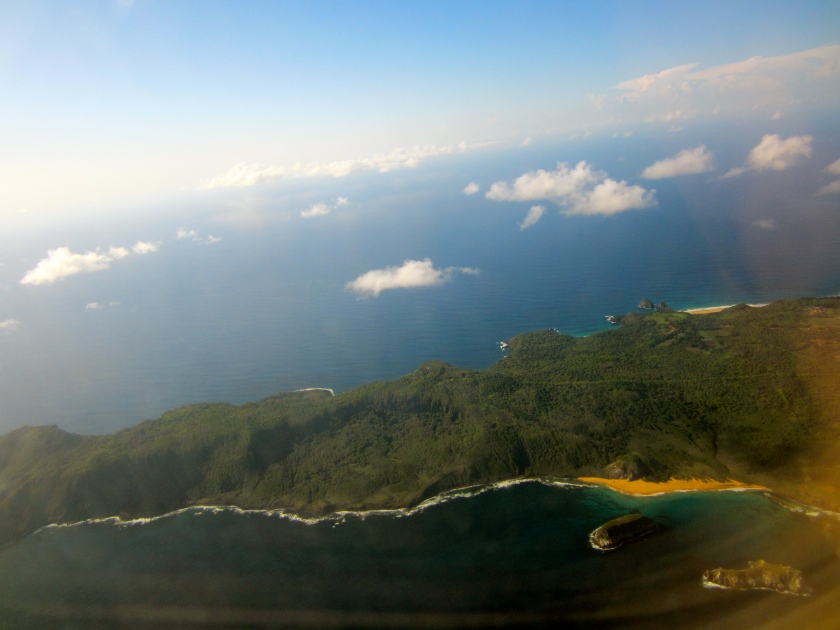 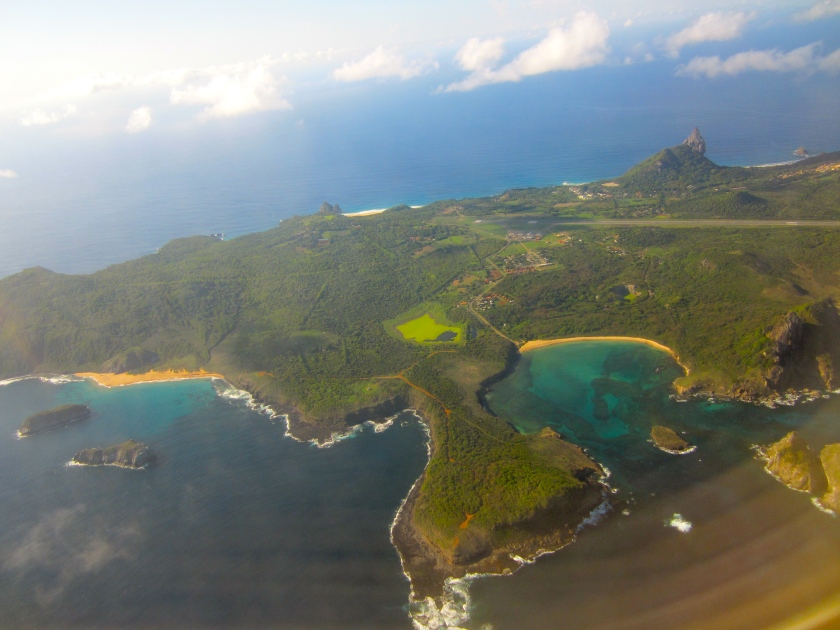 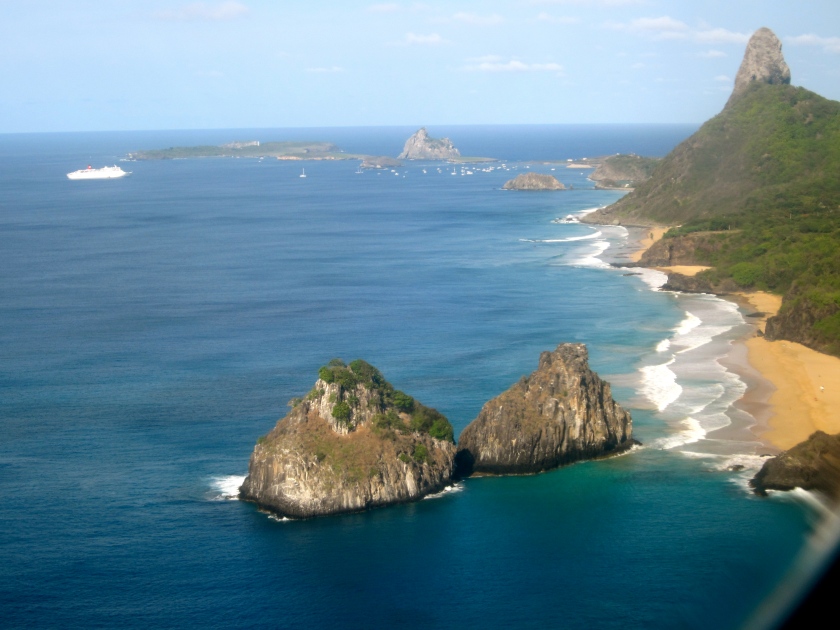 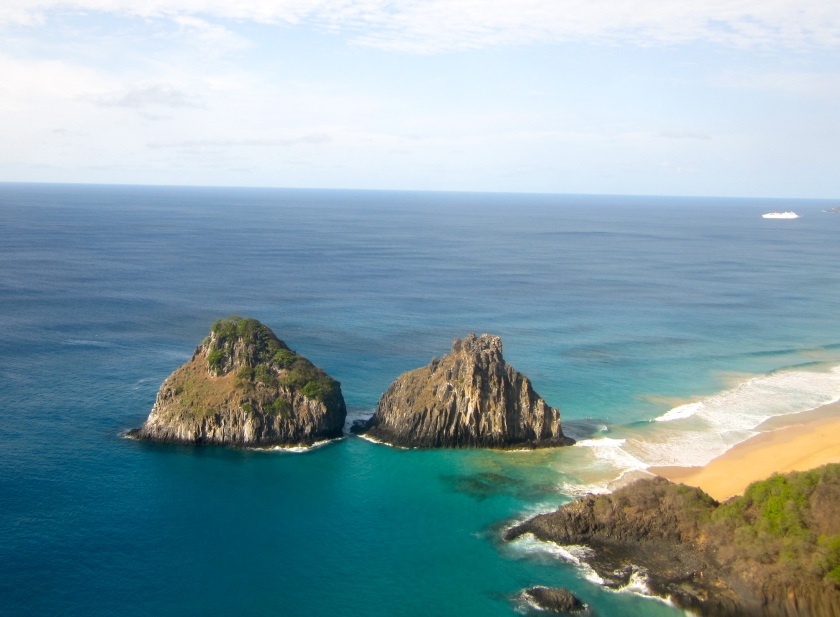 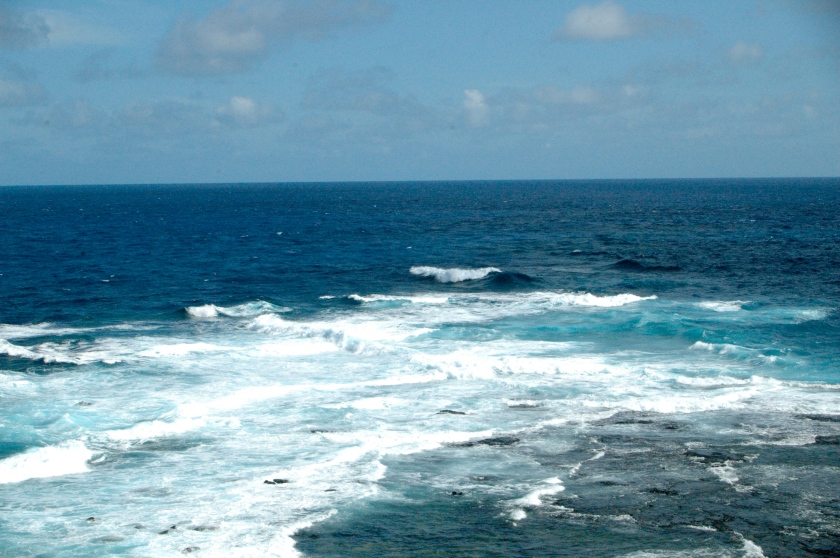 And here, a snapshot of “who’s got an unchallengeable view” of this paradise: 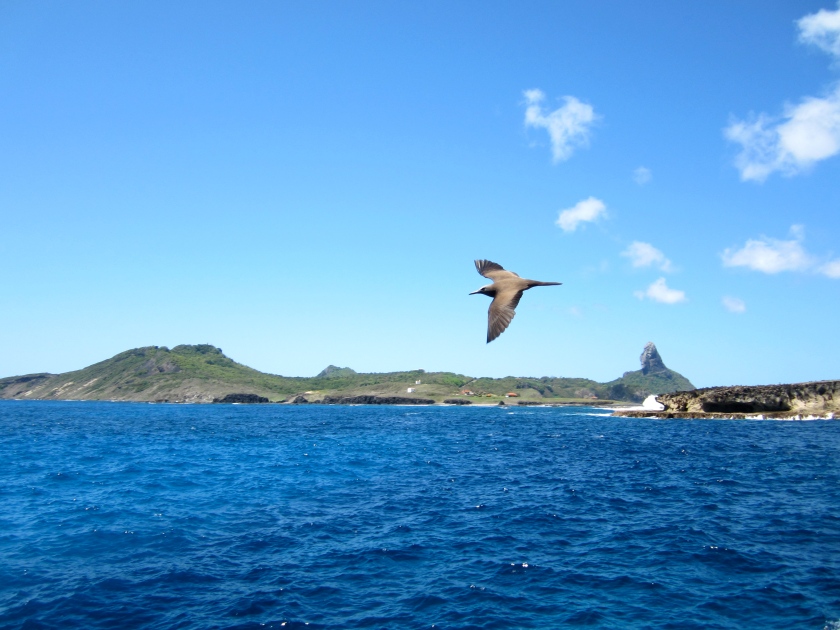 The highly productive coastal waters around islands are used by many fish species for spawning and as a refuge for juvenile fish. The shallow waters also provide habitat for benthnic organisms (such as coral, sponges and algae). Oceanic islands therefore play a key role in the reproduction and dispersal of marine organisms, providing a staging point for the colonization of other coastal areas and the surrounding ocean. There are less than 10 oceanic islands in the South Atlantic and the Fernando de Noronha Archipelago represents almost 50% of the islands in terms of surface area. As the site makes up such a large proportion of insular South Atlantic coastal area, it is an important repository for the maintenance of biodiversity for the entire South Atlantic basin.

Fernando de Noronha is also the only know location for Insular Atlantic Forest – a subtype of Atlantic Rainforest. To date over 400 species of vascular plants have recorded, including three endemics. The archipelago also contains the sole oceanic mangrove in the South Atlantic. [Source: UNESCO/CLT/WHC] 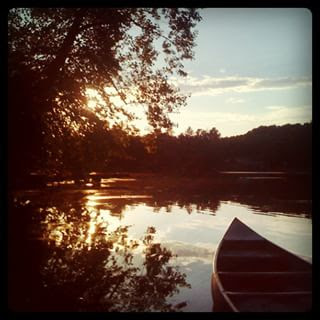