The Head of the Heard

Welcome to the July edition of The Raising Multilingual Children’s Blogging Carnival.  This month’s theme was Hidden Opportunities where I asked people to submit blogs based on the unexpected occurrences of bringing up multilingual children.

Opportunities for the Kids

Spanish Playground opens up this month’s carnival with some encouraging news for anyone still struggling to teach two or more languages: she has been there and done that and now has three grown kids.  In her post Teaching my Children Spanish – A Few Observations Now that they Are Older she identifies the advantages they now have, some of which she never ever dreamed of when she started out on the road to bilingual education.

Came to Find – Vim Encontrar is nowadays a grown up bilingual English and Portuguese speaker.  She writes about the day that changed her life and all of the opportunities she has now that she is…

I often talk about the challenges of parenting, especially considering the difficulties placed by language and culture, one of the many issues associated with moving to a different country, every couple of years. That said, I took a look back at the posts published in 2012, mainly on parenting & language, and found one that gave me a very positive feedback, working as a sort of a ‘discussion forum’, that I plan on exploring/expanding some time this year. [Another one of my New Year’s Resolutions… Like everyone else, I know there’ll be a great deal of ‘procrastination’ before I’ll be able to cross tasks off my 2013 to-do list!]

Oh, well, at least, I’m taking the time to revisit thoughts/facts/articles… it’s the first step for the beginning of a good research! 😮

I often talk about the challenges of parenting, especially considering the difficulties placed by language and culture, one of the many issues associated with moving to a different country, every couple of years. That said, I took a look back at the posts published in 2012, mainly on parenting & language, and found one that generated a very instructive feedback; working as a sort of a ‘discussion forum‘, that I plan on exploring/expanding at length, some time this year… [Another one of my New Year’s Resolutions… Like everyone else, I know there’ll be a great deal of ‘procrastination’ before I’ll be able to cross tasks off my 2013 to-do list!]

Oh, well, at least, I’m taking the time to revisit thoughts/facts/articles… it’s the first step for the beginning of a good research! 😮

The post that got me thinking was one related to a simple question: “What type of multilingual parent are you?”, pointed out by the Mumsnet Bloggers Network for 2012; that had been initiated by a clever quote about the experience of raising bi/multilingual children:

“…raising multilingual children is an adventure you share together – one that is a lot of fun, but for which you will need quite a lot of patience. Sometimes, linguistic development will not progress in the way you hoped. That is fine, and everything will eventually work itself out. Sharing my language with my children has been about sharing my heritage more than anything else. It might be difficult at times, but it is a gift that will last a lifetime“. 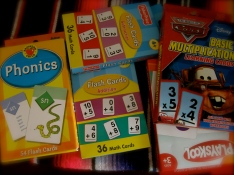 Last year’s blogpost provoked a very positive reaction, expressed through the number of visitors, and especially, throughout the comments, coming from parents, consultants, educators, expats like ourselves, or simply, other parents who echo our opinions about how challenging, adventurous and/or never-ending this experience should be.

Learning should never stop, and teaching our kids through example is the best way to keep ourselves current! At least, that’s the hope! 😮

Here are some of the comments, and based on their [shared] experiences, it could be YOUR TURN to answer – what type of multilingual parent are you? Or, even better, what type of [multilingual] parent you hope to become?

But first, let me thank all the visitors/readers who shared a comment, or who sent me a message [with your opinion/suggestion] regarding this topic. It makes the blogging experience much richer, more productive, and way more enjoyable! My deepest appreciation to all of you! ♥

Visitor   My husband is a German TCK growing up in Taiwan, and thinks in English most of the time. He is fluent in German and can read fairly well – though he is more comfortable in English. We are living in a Chinese environment and have been since we’ve been married. We had high hopes of me speaking English and him speaking German, but that didn’t work out. I’d say mainly because he didn’t think in German when the oldest was born – he rarely spoke German to anyone. So, remembering to speak it at home was difficult. He did better speaking Chinese to them.  On top of this, his family all speaks English fluently, so there was no pressure on us in that regard as well.  I do have a question, though that I’m wondering. Will you continue to educate your children in all three languages through middle school and high school or focus more on one language? I’m just really curious about this. You seem to be really doing a great job with them right now so that they master both written and spoken of the three. Great post to ponder on…

Visitor   In our house we speak English, Spanish and Dutch and the boys seem to know all three languages equally. My five year old is a dynamo with languages. He can switch, translate and think in all three. My two year old understands all three but is not as talkative as my five year old was. We lived in Mozambique with the older one until the age of three and he was able to speak 4 languages when we lived there. It is curious to see how the different children take to the languages differently. I thought for sure my two year old would be the same since we haven’t done anything really different, but I noticed he is taking longer to use his words, although you can see he understands all three. I call Dutch the secret language in my house, because only the boys (not me) speak it. So basically this is how it works: School = English, Language we speak as a family = English, Mommy = Spanglish to the boys (more spanish), Daddy = Dutch to the boys, Empleada/Nanny = always Spanish. The boys will also take Dutch lessons once or twice a week. It is definitely challenging, but so worth it. We don’t really think about it… just the way we live our life.

Visitor  Enjoyed your post! All the more so since /multilingual-multicultural life – as mentioned by Sakti above – is part and parcel of life in India! I think it is an advantage more than a challenge, an opportunity to broaden horizons!

Visitor I am probably not looking at it from a parents’ perspective.  My challenge is to make sure some of our less spoken languages – that includes my mother tongue, that my grandkids can not speak! – do not become extinct!

Visitor  Very interesting. I am from India and we have a different challenge as India has more than 2 dozens of official languages. I studied a different language (Odia) than my mother tongue (Bengali) and now staying in a state, which speak another language (Gujarati). Everybody in India speaks English and Hindi. So my kids (both below 6 years) now have almost learnt to speak and understand all the above languages. Yes it is a challenge.

Visitor  Thanks for the mention of our upcoming session on Emotional Resiliency in Foreign Service Kids that will be held next week (*). Even though you won’t get to see it live, AFSA will upload the video to their website for worldwide viewing.  I wish I could comment on what kind of bilingual parent I am…. but mine would be more of what I failure I was! When my daughter was 2, we left Portugal, where we had spoken Portuguese in the home when our housekeeper was around. The housekeeper only spoke to my daughter in Portuguese from infancy, so our daughter understood Portuguese as well as English. When we left Portugal, I tried to continue the Portuguese with her, only – at the age of only 2! – she wouldn’t answer me in Portuguese and finally admonished me to “stop speaking like Dolores!” I finally gave up on it.
(*) Please refer to original post for the full text, and more details on the 2012 AFSA initiative.


Visitor  I’m inspired to speak spanish at home more now. My kids’ dad all speak Spanish and I beg them to speak Spanish to the kids but they haven’t. My mom was raised bilingual, I was until they couldn’t accurately diagnose my infant-aged hearing issues because they couldn’t tell if I didn’t hear them or didn’t understand them so they told my mom to stop speaking Hungarian to me and she did. But she still wishes she’d have kept up with it. Other countries are so great with this and the US doesn’t do enough!

Visitor   This is so interesting! We also got “moderate parent”. I try to speak spanish to them most of the time but sometimes forget. I also read to them in french and english is the main language in the household. I’m taking them to a spanish speaking playgroup in hopes Evan will be motivated by seeing other little kids speak spanish! Great post!